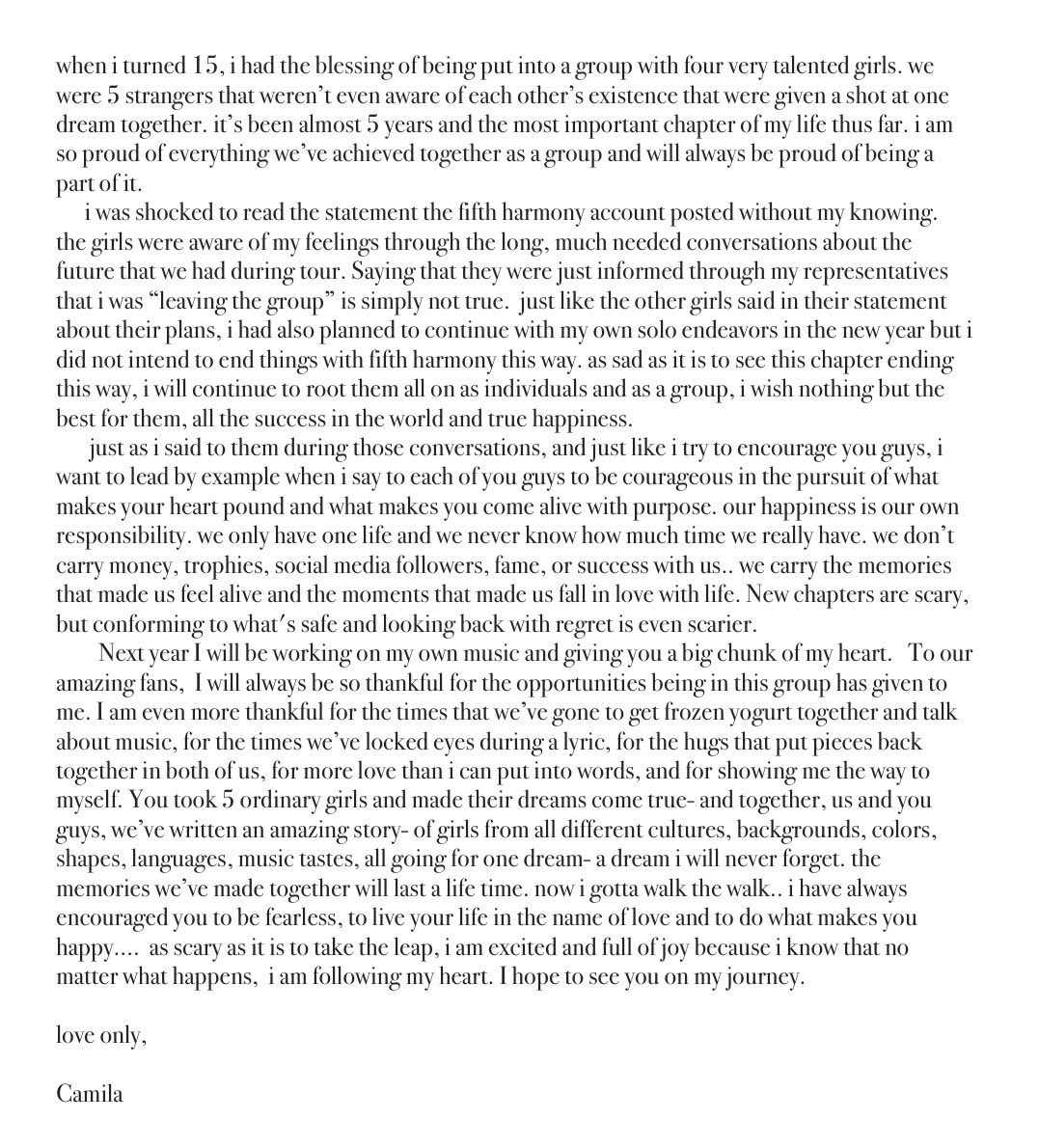 One thought on “Camila Cabello Claps Back At Fifth Harmony”