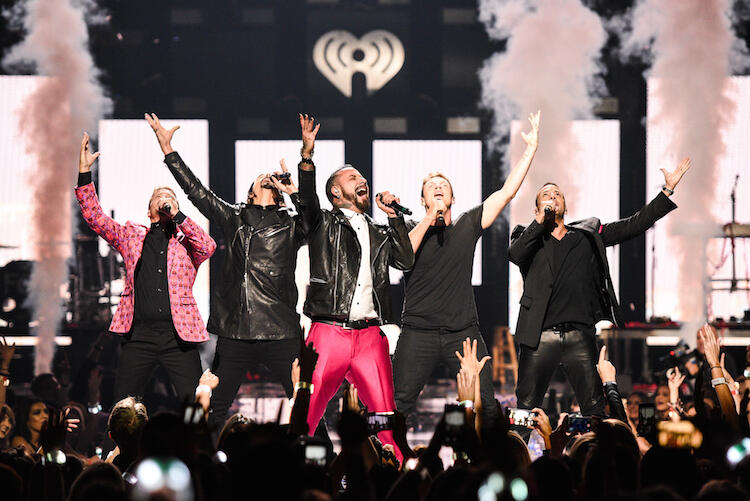 Over the weekend The IheartRadio Music Festival took over Las Vegas and of course, the Backstreet Boys came out for a surprise performance. They weren’t on the concert line up but after announcing their Vegas Residency it was clear that they needed to continue with that momentum. Everyone is saying this is a comeback but to be clear, this band never left. Just want to throw that out there.

Florida Georgia Line actually called the boys (or men) out on stage to join them and the crowd went nuts. Well the crowd kind of went nuts. This isn’t like a normal msic festival where the crowd is all on molly and ready to go. This one is more like a win your way in, in my opinion it isn’t cool because it’s all just people who work for IHeart and few people who win their way in. Seems like a lame crowd.

Anyway, the boys came out and they killed it. Brian’s voice is still not as strong due to his vocal cord issues but it’s okay. He is still my favorite and still a babe. Also I am totally here for AJ’s pink pants. Can’t go wrong with that!

Shout out to my all time favorite band going out there, singing live and dancing, reminding everyone that it is possible. They are in their 40’s (well some of them) and can still out sing and dance your favs. No that isn’t a shot at Britney, don’t even fucking try it.