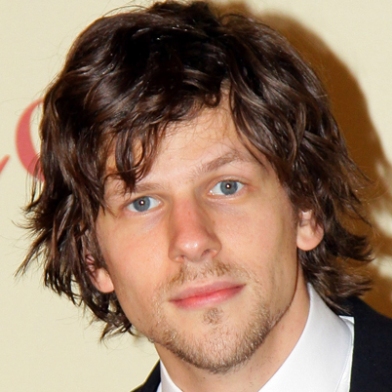 Please give me a moment while I shutter in utter disgust that Jesse Eisenberg is going to be in another movie. I mean really, why do people cast him in stuff? He is nothing but a short little pompous asshole, sorry was that too harsh? Whatever, over it.

Really though they are putting him next to fucking Henry Cavill? Really? Is that a smart thing to do? They had already put him next to David Franco who every single girl is obsessed with. They also put him next to Justin Timberlake, and we all know how women feel about him. Maybe he was cast because of his unfortunate voice. I can’t wait to see his villain laugh though, every one has a crazy laugh. Jesse is just the fucking worst though, it physically pains me to watch movies with him in it.

I guess that Lex Luthor was a real weirdo so maybe that is why he got cast in the role. I just always figured that Lex would be tall and weird, thanks for Smallville that is all I envision for him.

Anyway, I guess I can’t hate on Jesse too much since he makes way more money than I ever will. I just think that they could have picked a way better Lex, what ever happened to Bryan Cranston being Lex Luthor, wasn’t that a thing once?